Leander on the Wednesday 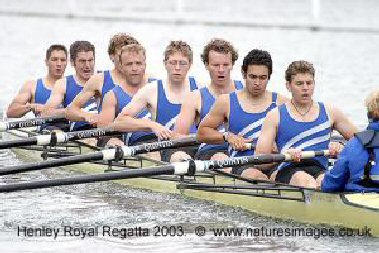 Return of the black book and the Club Run

After several years of hibernation the black book, the guide to the form on the long bridges returns.

The brand new, enthusiastic Quintin Club Captain has laid down the law and reinstated the Club run on Thursday nights at 7.15. ALL are welcome as the run is done on a handicap basis. Unlike Golf the maximum handicap is 42 (minutes, not shots !) and the mythical black book will be dusted off to record the tale of the tape. The run is 'Bridges ... long' and takes in Smith as well as Chiswick.

To celebrate the start of winter, on Sunday 21 September Quintin will be holding its traditional club scratch eights. All members and friends are welcome. If you want to row, be down at the club by 10.30 to enter your name. The racing will take place as soon as possible after that, with John Peters once again showing his skill in selecting evenly matched crews. Tankards for the winners.

The scratch eights will be followed by a barbecue - food ready at 1pm. Bring your family and friends. The cost is still to be decided, but we aim just to break even. So that we have a rough idea of whether to cater for 5 or 500, it would be helpful if anyone who expects to come to the barbecue could let Paul Gunn know in advance how many of you there will be. You can e-mail him at pgunn@carbora.co.uk

Lofty (Kevin O'Shea) died on Saturday of a massive asthma attack. The funeral will take place at the Mortlake Crematorium on Thursday the 4th September at 11am and afterwards at AK.

The flag is at half mast. Lofty's comeback to rowing included wins at Henley Vets and at the World Vets in Hazewinkel along with a host of elite pots. Kevin's camaraderie in the bar and legendary coxing one liners will be very much missed. He was loved by all at Quintin and the other Tideway clubs he had rowed for.

Lofty's parents Don and Jan are at 143 Green Lane, Sunbury on Thames, TW16 7NY. Flowers if you wish or a collection will be held at AK to be split between Stoke Mandeville Hospital and a Chronic Asthma Support charity. If you will be attending particularly at AK afterwards could you let Duncan know so that he can give his parents an indication of numbers from a catering point of view.

Dated: Sunday, October 26 2003 @ 08:35 GMT
Wins for Charlie Harrison in Veteran C and Dick Findlay in Veteran F - and an
honourable mention for Nick Ryan, who came second in Veteran C.

With the 1st VIII concentrating on Henley and the Jurassicks not pot hunting the wins are down a bit this year.....

Two more pennants for the scullers....

Congratulations to Dick Findlay, who won the Veteran F pennant by over half a minute. Charlie Harrison finished 7th overall and would have won the Veteran C pennant -except that his reputation scared away all other potential entrants in that age category, with the result that he was the only Veteran C sculler.

The new season starts with a Vet C 1X win for Charlie Harrison......

Bucket Finally Gets a Henley Saturday....

After last years display of mushroom clouds 20 meters before the finish line the might of The Quintin Vets return to The Henley Veterais......

Usual rush for a 46 year old Croatian bowsider - we ended up with a hammersmith old boy who got the mileage in during the annual pilgrimage row up to HRR.

With Jim, Donuts, Badger and Pete who have been remarkably un-Quintin like and trained together.

With all the usual suspects and Bob the Dog trying to prove they're not the uncoachables.

With the dream draw for a Bucket making his first appearance at Henley on a Saturday.

Waiting on the advantage from the dogleg. There're back, the Lloyd/Hine combination in association with Saga holidays.

Nick Ryan, not only the club's current number 1 sculler but also the coxswain on the Quintin girlies VII (7) + JP.

A Stewards' Enquiry was held to investigate the eligibility of the QBC Henley squad following complaints from other competing oarspersons.

Investigations centred on the stern pair of QBC's Thames Cup VIII, Andras Simon and Ewen Hyphen-Montcrief-Jewels. The core of the complaint was that they were slightly better than most other competitors in the event. Video analysis and prints from JET Photographic proved inconclusive. However, the Stewards found against the complainants after sworn testimony from several witnesses who confirmed that the duo had never rowed for Thames, London or Leander and as such there could be no substance to the complaint.