Martin Carr has received the go ahead from Chris George and the ARA Competions Committee for Quintin to stage their Head from Hammersmith Bridge to Chiswick Bridge on Saturday 28th January.

4 divisions in one day.

In the single sculls a notable performance by Belinda Davies saw her beat her Senior 2 time to win Women's Vet B in the afternoon.

The integrated senior squad are tackling all divisions of the Walton Small Boats Head. 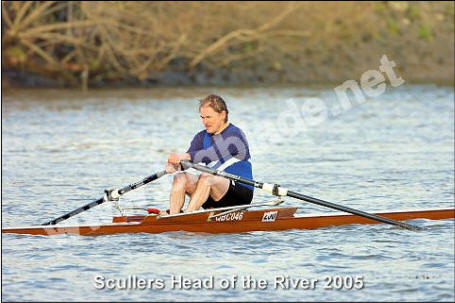 A large QBC contingent entered. As well as Tom's win we had some notable performances - Kenny Almand came in the top 50 overall. After an anxious wait for the results Roy Davies retained supremacy in the household.

Editor's Note: These are the results as origninally published on our website but, certainly in the case of Tom Bishop, they don't quite make sense as Tom clearly came fisrt in his event.

A beautiful sunny day for the Fours Head - Quintin 1 racing in Senior 2 quads are provisionally placed 79th placing them in the top half of that event. 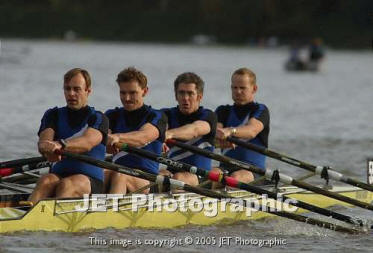 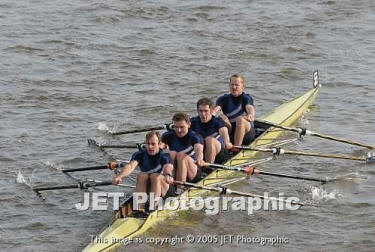 Quintin 2 raced in Senior 1 coxless fours and are currently placed at 157th having picked up scalps from Bosporus, Wallingford and London in their event. 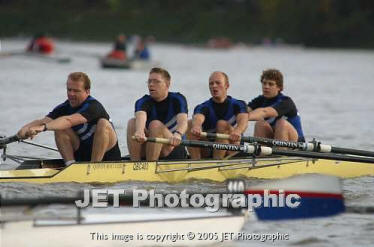 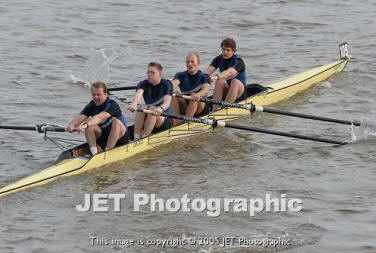 At the time of writing the Fours Head appears to have mislaid the Senior 3 coxed four's time - no doubt due to an incident with the official bow number in marshalling... 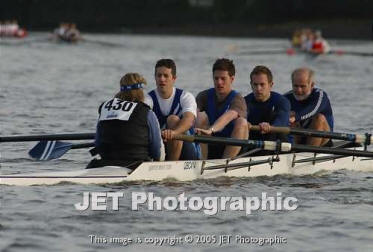 David Ford is our Captain again.

A full report will be posted soon - but to summarise we beat the hour in the mass start Rand Wannsee race and were well looked after by our hosts from BRC. 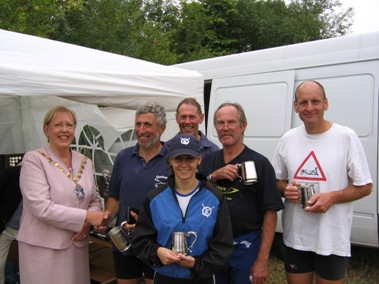 Boat Numbers and the auction for QBC007

The ARA and the Thames Regional Rowing Council are introducing a compulsory system of boat identification for all boats used on the Tideway. From 5 August all boats will have to display clearly on each side a unique six character ID comprising a three letter code denoting the club (QBC in our case) and a three digit code for the boat.

This applies to both club boats and privately owned boats.

The club have ordered self-adhesive identification codes for all of you and will hand them out as soon as they arrive. You will be responsible for sticking the codes on your boat. The cost will be just a few quid. We will not request payment immediately but will add it as a levy on top of the racking fee for the club year starting 1 September.

The results from the Henley qualifiers on Friday can be found in full at here. In the Wyfolds (9 qualified out of 19), our four was 6th out of the 10 non-qualifiers. In the quads (3 qualified out of 6), our crew was the slowest.

Richmond Regatta saw the first race of the Friday women's squad (the Unicorn School mums). Because one of the crew had won her novices many years ago, they had to enter Senior 4 eights, even though it was the first ever regatta for most of them. They didn't disgrace themselves. They made a good race of it for the first part of the course, but then the near 6 minute course into a head wind took its toll and they eventually lost by 4 lengths to an AK/Furnivall composite. 21 women have now rowed so far this season in Heads and Regattas. Running bow to cox the crew that raced are :

The Quintin / University of Westminster novice four lost by 2 lengths to Orion.

Malcolm Cook won a couple of rounds of Veteran C/D sculls but then lost the final.

The women's S4 eight was beaten by a United Hospitals crew that went on to win the final comfortably and that, according to JP, looked like a UL development squad.

A Quintin/University of Westminster novice four (with two Quintin oarsmen and two UW oarsmen) lost. None of the crew's members had ever raced before.

The Women's squad entered WS4 4 racing as Quintin / University of Westminster. For the record the crew lost by 3½ lengths to Staines in a straight final but this is a start to the racing relationship between the two clubs.

Any reports or photos from this season's regattas are warmly accepted and promptly published to the site. Click here to mail the webmaster.

The Bar has its own Blog

Are the normal bar opening times not enough. Indulge in pointless conversation on the QBC Bar Blogging site.

Thanks to all of you who raced in the club sculling championship earlier today. The full results are attached. Congratulations are especially due to Kenny Almand (the overall winner) and to Willy Almand (the winner of the sealed handicap).

Bob Slade, who donated the silver cup for the championship, has given £50 to buy drinks for everyone who took part today. I will set up a list behind the bar tomorrow. When you claim your drink, add your name and the cost of your drink to the list - Malcolm.

The full results are available here.

With the traditional close to the sweep oared winter season Quintin raced in the main Head of the River Race and the Veterans' Head. 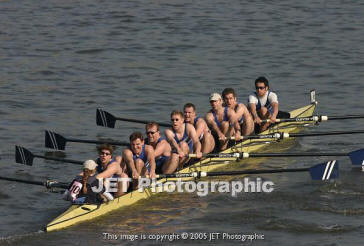 In the Vets Head the Barflies came 106th and the Vice Presidents came in 127th, second in Vet G.

Women's Head of the River Race 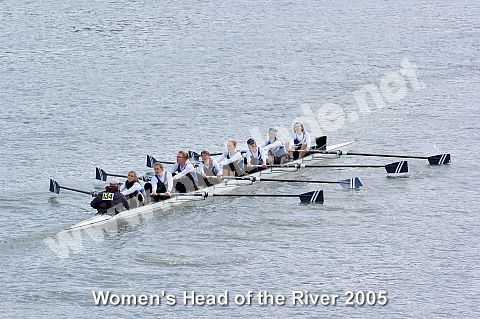 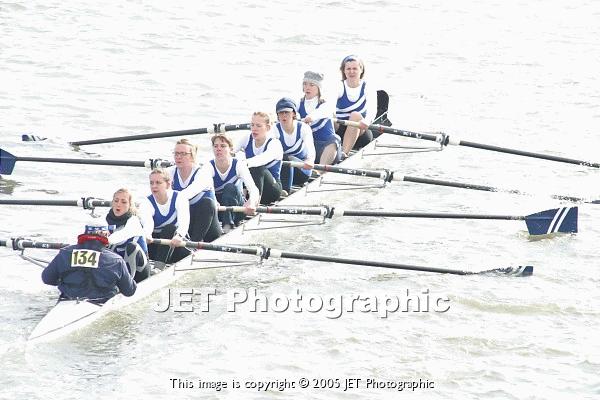 The full results are available here.

The dinner framed an excellent evening at the Royal Automobile Club with guest speaker Rupert Obholzer.

As the Enforcer (Dick Findlay) pointed out at the AGM it behoves every member to be fully aware of the revised navigation rules on the Tideway. The broad details of the navigation rules are set out on the club's Safety page. Please read it - remember Dick might quiz you when you're at the bar and you don't want to not know the answer...

Details of the Club Dinner

To be held on Friday 18th February at the Royal Automobile Club in Pall Mall.

At the recent AGM the rule changes to the constitution were approved. The changes allow us to move our financial year from the calendar year to the rowing year to help the Captain structure the season and the academic year to help the Treasurer align payments to Westminster University.